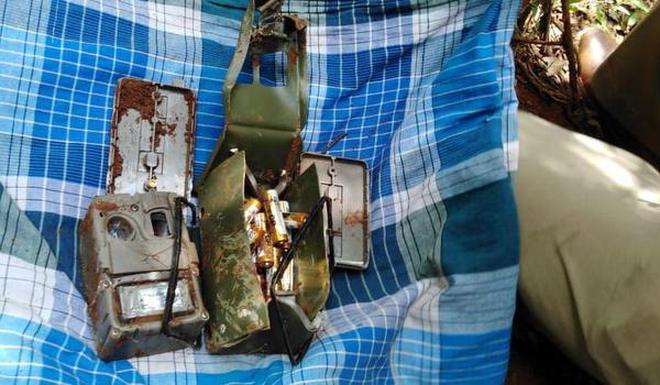 The Forest Department has arrested six persons, who trespassed into reserve forest areas of Sirumugai forest range for poaching and stealing three camera traps. The officials recovered two of the three camera traps, meant for capturing movement of wild animals as part of ongoing tiger and co-predator census, that were stolen and damaged by the poachers.

Two camera traps fixed at Alur forest beat and one fixed in the forest area near Vedar Colony had gone missing. According to Sirumugai Forest Officer E.N. Mahoharan, special teams were formed to nab the accused based on instructions from Deepak Srivastava, Chief Conservator of Forests, Coimbatore Circle.

They had removed the camera trap from Vedar Colony forest area and threw it into Bhavani river. Three others belonging to the group namely Selvam (35), Karthi (23) and Manikandan (22) from Karattumedu are at large.

According to officials, Selvam absconded with a countrymade rifle, which was used for poaching.

The Forest officials later arrested S. Karuppusamy (55) and Ayyappan (50), of Oomaipalayam, in connection with the missing of two camera traps from Alur. Officials recovered the two camera traps which the accused had damaged and buried in forest. Three of their accomplices namely Konni, Muniappan and Pathukaasu Thambi are at large.

Officials have intensified searches for the six accused absconding in the two cases.