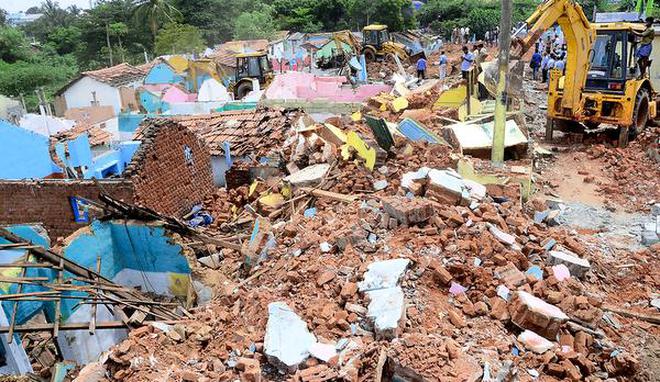 The officials said that the 89 houses were built between Mettupalayam Road and railway track, along Sanganoor Canal over 40 years ago. After serving notices to the occupants of the illegal property and severing their power connection a few days ago, they demolished the houses.

The Corporation with the help of the Tamil Nadu Slum Clearance Board had provided alternative accommodation to the 89 families at the latter’s housing project in Keeranatham.

In the next few days, they would demolish nearly 100 houses that were on the east of the railway track as the Corporation had written to the Tangedco to snap power supply. This was part of the project to remove encroachments along water bodies.

The Corporation along with the Board had a few days ago allotted over 2,000 houses in Ukkadam and Thiru Vi Ka Nagar to as many slum dwellers who had encroached upon tanks and canals.