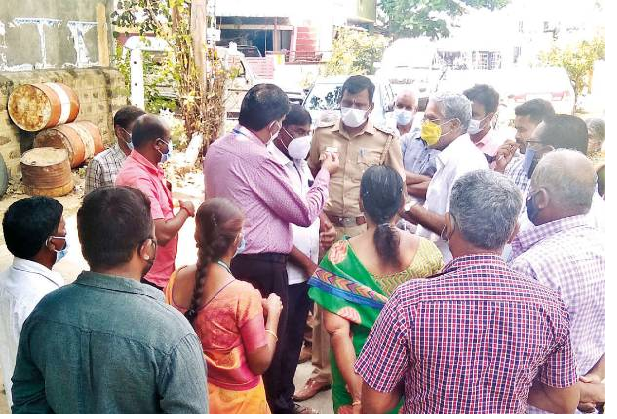 Residents from a neighbourhood in Coimbatore on Tuesday hoisted black flags atop their houses and announced a poll boycott owing to lack of proper drainage facility. The protesting residents from Sri Ramakrishna Nagar claimed that due to lack of drainage facility, the roads have turned an eyesore with puddles of sewage water stagnating on the pathways. “Despite raising the issue several times, the authorities failed to take any efforts to sort out the issue. Hence, we decided to boycott upcoming urban local body polls on February 19 and erect black flags in houses,” said S Vignesh, a resident.

More than 70 families are residing in the locality that falls under ward 10. Following their announcement of a poll boycott, Karamadai Municipality Commissioner Balraj held talks with the public. He said that Karamadai was upgraded into a municipality from the town panchayat two months ago. Once the polls get over, the official assured that all basic requirements of people will be fulfilled. Thereafter, the residents removed the black flags from their houses.