Mettupalayam – Ooty – It was in 1854, that the first plans were made to build a mountain Railway from Mettupalayam to the Nilgiri Hills. But it took the decision-makers 45 years to cut through the bureaucratic red tape and complete the construction and installation of the line.

The line was completed and opened for traffic in June 1899. It was operated first by the Madras Railway under an agreement with the Government.

The Madras Railway Company continued to manage this railway line on behalf of the government for a long time until the South Indian Railway company purchased it. The line was extended to Ootacamund from Coonoor some time in 1908 on the same gauge over a distance of 11 and 3/4 miles at a cost of Rs. 24,40,000.

The steepest gradient on this line is 1 in 23 and there is no rack on it as provided between Coonoor and Mettupalayam.

The Railway line from Mettupalaiyam to Ooty is 45.88 km. long and lies partly in Coimbatore District and partly in Nilgiri District of Tamilnadu, on the eastern slopes of the Western Ghats. Mettupalayam is at the foothills with an elevation of about 330 metres and Udagamandalam (Ooty) on the plateau with an elevation of 2200 metres. The average gradient of this line is about 1 in 24.5.

The track is made of 50 lb rails. There are 250 bridges on the section, out of which 32 are major ones and 15 are road over bridges.

There are 16 tunnels between Kallar and Ooty all of which are in excellent condition.

The section from Mettupalaiyam to Udagamandalam is provided with stone ballast and the cushion varies from 75 mm to 150 mm.

The Maximum permissible speed on Mettupalayam-Kallar and Coonoor-Udagamandalam “Non-Rack” system is 30 while between Kallar and Coonoor “RACK” section the maximum permissible speed is 13 kmph.The region covered by the Nilgiri Mountain Railway gets rainfall during the south-west and north-east monsoons. The average rainfall is of the order of 1250 mm at Udagamandalam, 1400 mm at Coonoor and 500 mm at Mettupalayam. The Nilgiri Mountain Railway keeps chugging despite the downpour.

Leaving Mettupalayum, the line is adhesion worked and actually drops for a short distance before crossing the Bhavani River, after which it starts to climb gently.

Journey by the NMR provides spectacular views of the Nilgiri Hills

7. Coonoor – 28 km (17.4 mi), 5,616 ft (1,711.8 m) – main intermediate station on the line at site of the locomotive workshops as well as the top end of the rack rail. Trains must reverse a short distance before continuing their climb to Ooty. It is normal for the locomotive to be changed here with diesel traction, being normal for all trains to Ooty.

From a short distance before Lovedale, the line descends into Ooty.

Between Mettupalayam and Coonoor, the line uses the Abt rack and pinion system to climb the steep gradient. On this rack section trains are operated by ‘X’ Class steam rack locomotives manufactured by the Swiss Locomotive and Machine Works of Winterthur in Switzerland. These steam locomotives can be used on any part of the line (either with or without the rack section), but the newer diesel locomotives can only operate on the upper section, between Coonoor and Udagamandalam. The steam locomotives are always marshalled at the downhill (Mettupalayam) end of the train. The average gradient in this rack section is 1 in 24.5 (4.08%), with a maximum of 1 in 12 (8.33%). Between Coonoor and Udagamandalam the train is operated by a YDM4 diesel locomotive using conventional rail adhesion principles. On this section the locomotive is always at the Coonoor end of the train as although the line is not steep enough to need a rack rail, the ruling gradient out of Coonoor is still very steep at 1 in 25 (4%).

Even though the NMR stations have networked computerised ticketing systems for onward journeys, it still issues old style manual tickets for the Ooty-Mettupalayam journey to preserve the ‘World Heritage Site’ status of the railway. However, ticket booking is similar to other conventional trains and can also be done via the Indian Railways’ website. It is advisable to book tickets for this railway in advance, especially during peak season.

The majority of repairs to the locomotives are carried out at the Coonoor shed but many of the steam locomotives have been rebuilt at the Golden Rock Workshops. Carriages are repaired at Mettupalayam but, like the locomotives, are taken to one of the big railway workshops for major work. Due to its popularity, a number of passengers using the NMR have requested that the Southern Railways should covert the section from Coonoor to Udagamandalam to steam locomotive, extending the present steam traction between Mettupalayam and Coonoor.

Mettupalayam is also known as Mettupalaiyam in Indian Railways. 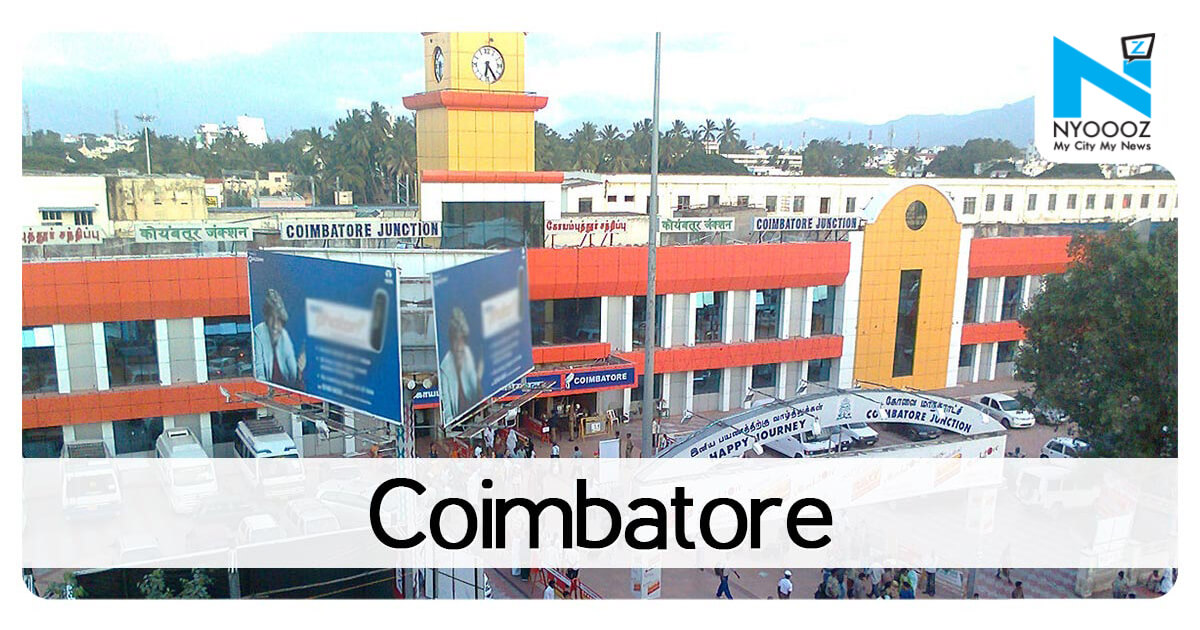